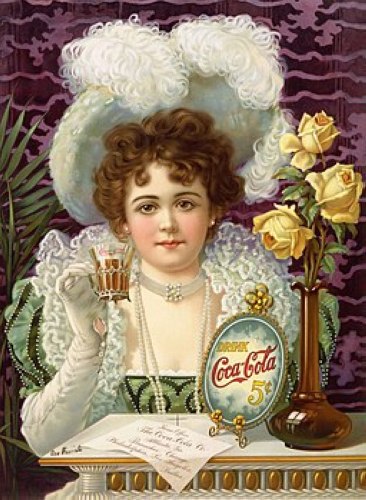 One of the essential and classic advertising books for novice copywriters is Hopkin’s Scientific Advertising. This is a book that proposes a scientific approach to the industry of advertising. I think the book is aptly named. Claude Hopkins wrote this book in the year 1923. This may raise red flags for many. Fear not, this book is so primal and economically written, its truths so intrinsic to advertising, that its content is timeless and evergreen.

I was introduced to Scientific Advertising by David Ogilvy in one of his books. It is probably the one he recommends the most, among other advertising books that he names. Ogilvy used to say that he thought nobody should have anything to do with advertising until having read this book seven times.

I personally, if given the choice to learn only a single old, classic advertising book, I’ll pick this one, with Ogilvy’s “Ogilvy on Advertising” as second best.

Scientific Advertising is a crash course on advertising. Because of that, you should read it before going to the specifics that other advertising books cover I think that most of the content in this book isn't anything but wisdom in the field of advertising. This is mandatory reading for those that want to write, make, test, or place ads.

In Claude Hopkins’s method, the science of advertising has 21 specialties. Each chapter of the book explains each of the competencies required to become a successful advertiser. It teaches rules, but also by example. It makes use of case studies of campaigns and ads that were extremely successful.

It is not that each chapter can be equated to a single advertising agency department that must be fulfilled by a person assigned to it. It’s more of each chapter teaching at least one skill that the advertiser should master. Even the chapters that are case studies or the several biographical ones have important sentences that teach us something.

Maybe not all of Hopkins’s methods of researching, creating, delivering, testing, or measuring advertisements may have survived into the information age. It’s left to the reader to take the scheme and mechanics of the few quasi-obsolete methods and adapt them to the present. As I said, it's a great foundation from which to read before expanding your knowledge with more contemporary advertising books.

Scientific Advertising makes a strong point about research and testing before committing to an advertisement in particular. It gives the basic scheme of A-B tests and split tests. It’s a great source to learn about this for the first time.

To teach split testing, Hopkins gives examples of keyed ads. Keyed ads are tested utilizing a discrete little identification code the mail coupons have. Through it, advertisers are capable of knowing from which venue exactly, of the ones in which the ad is running, had the lead originated.

I know that this is not as important as before, due to the decreasing relevance of printed media. Yet, the principles of the methodology still apply.

I say adapting a quasi-obsolete procedure because everyone with a basic knowledge of digital analytics knows that the source of leads for anything selling on the web is just one in the barrage of metrics at our disposal today. There are many other advertising books that home on the intricacies of web advertising, but this one explains everything in such a succinct way that assimilating its rules will help you down the way.

Indeed, all the axiomatic, essential rules this book teaches a successful advertiser to follow, I think they’re ageless. Take, for instance, this one:

“The advertising man studies the consumer. He tries to place himself in the position of the buyer. His success largely depends on doing that to the exclusion of everything else.”

Hopkins gives a lot of thought to the minutiae of good copy and content, this is an example of what I’m saying about the ageless teachings of the book. Those little things still hold today.

The version I read, which was a faulty, digital one, had some graphics. They were old advertisements, like one of the ones that introduced puffed rice to consumers for the first time

Bottom Line: Of The Greatest among Advertising Books

It’s an old book, but I did read it four times already and still enjoy it. I found that with each reading, I discover new sentences to highlight and passages of interest that, in a previous reading, I didn’t pay much attention to.

I liked the little divergent chapters this book had. I mean by these chapters that don’t touch the subject of ad creating but other things, like the business and testing aspects.

A chapter is about using samples to test the market. Others are the chapters about salesmanship, letters, dealers, and distribution.

Scientific Advertising is a classic because Claude Hopkins didn’t leave anything out pertaining to the advertising business of his time. The way he weaves his storytelling content with the teachings is really masterful. This is a book that one can read seven times, as David Ogilvy recommends, without any problem, because it’s less than one hundred pages.