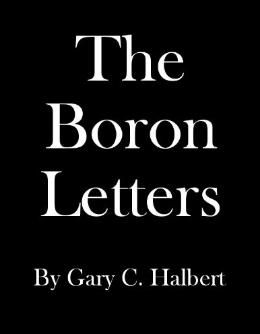 Those interested in direct response copywriting who are new to the subject should read The Boron Letters. This book is non-fiction, but it has a strong narrative slant that I personally enjoyed very much.

What can happen when a copywriter that sells physical goods has trouble fulfilling orders? In the case of Gary Halbert, a stint in the big house. There are all kinds of lessons to learn here.

It’s hard to find information about the case that did put him in prison. Some articles say it was tax fraud. The longest account of the event I found said it was a mail fraud problem.

I don’t know what happened to Gary specifically, but I know he had to do time in the Boron Federal Prison. Allegedly for mail fraud that was due to his incapacity of fulfilling the orders of a campaign he was running. If it really was that, it makes sense because he was a mail marketer. Still, we need not concern ourselves with anything of that, because the letters in this book are great as lessons on direct response copywriting.

Considering what I know about it,  what was it? A problem that his partners caused? Logistics problems with the suppliers of whatever he was selling? Scaling problems while the orders didn’t stop arriving?

I don’t know. What I know is that he made very good use of his time in prison. He wrote a book on copywriting, by grouping together fifteen letters he wrote to his son Bond.

The book not only has Gary’s original letters, but also Bond’s commentary.

I think it was a great idea to add commentaries to it. The commentaries are the point of view of the letter’s addressee, and they make a book out of a document that I’d have considered a booklet otherwise.

Now, don’t think that because I think the content by Gary in the book is kind of short that I think this book is average, or even not good. Not at all, this is a great book.

A copywriter like Gary Halbert has all the skills, physical or intellectual, to write super-efficient copy.

He can tell things that scholars, writers, or persons in any other professions would tell in one-thousand words, I estimate, in three hundred words or even less. Making the content much more memorable, actionable, and elegant.

I resorted to this book when I began learning about direct response copywriting.

I had already read a few of his letters, not any Boron ones, though. I liked his style in the letters, but I expected the book was going to be more technical and structured.

It is technical, but the unusual format gave it a narrative power and effect that I didn’t see coming.

Generally, I think that adding slice-of-life vignettes of oneself into any content cheapens it and makes it less stellar.

Yet, in The Boron Letters, the tidbits Gary gives about his days in the prison are clearly subservient to the central premise of the book and the points he wants to get through.

If I remember correctly, at least three of the fifteen chapters are about fitness and how one has to do exercise before beginning one’s workday.

Several, maybe two are about interpersonal skills and self-help. The rest is about his mentoring of Bond as a mail marketer.

He planned to publish the book, and it shows an outline of direct response mail marketing work. What he did when he wrote was share with everyone the pieces of a successful mail marketing campaign.

Gary mentions Ben Suarez’s a couple of times. Once making an example of one of Suarez’s sales letters and in another part telling Bond to get SuperBiz by Suarez.

It’s important to note for those that have read Ben Suarez’s, Gary offers methodical, well-thought-out approaches to each of the business processes involved in direct response campaigns.

If you did read Ben Suarez’s books looking for instructions on copywriting, but when you read them you found them too broad, and not specifically focused on the mail campaign aspect, this book is for you.

What this book offers is centered in the direct mail response niche, and much more streamlined and optimized, in the sense that Gary Halbert's writing is economical and to the point.