All things being equal, it is debatable if such an old book can be included among the best sales books of all time. TESTED SENTENCES THAT SELL by Elmer Wheeler is a salesman's book on selling and salesmanship. It's all yes, but I think Wheeler has a few strong points to make.

Elmer Wheeler Didn't Just some of the Best Sales Books of His time, He also Created Footage | Source

This classic sales book was originally published in 1937, it stopped being printed in 1954. It’s old, still, its teachings on the methodology of selling are elementary logical mechanics one could learn to be a good salesperson. Indirectly, the best sales books of the present knock this and other old books like it down, but it doesn't hurt reading it. Maybe a great percentage of the advice in it is outdated, but if you read this book and can't spot the few incongruencies with contemporary sales techniques, you probably shouldn't be reading it, yet.

Anyone who has been told to up their selling game, or those who feel a lack of personal salesmanship skills, should read Tested Sentences That Sell. I'm not saying that this book should be a higher priority than newer books on sales and selling, but you can't push it aside because the selling techniques of the present outgrew it.

This book is not very short, yet is so fun to read that when you realize how much you're enjoying it, it's over. I would recommend this book to those who think that selling is hard or boring. Still, I would recommend that as soon as you finish reading it, you actualize yourself with a newer (not older than 5-10 years) book about selling that is related to your line of business. If you don't know which one to read, search the web for lists with the all-time best sales books that include a book like Magnetic Selling by Robert Bly or The Giant of Sales by Tom Sant.

I think that this book is very, very easy to understand, but gives away very valuable knowledge. The techniques in the book may not be as good as they once were, but the method gamifies the selling process and makes it something much easier, fun, and easy to learn. 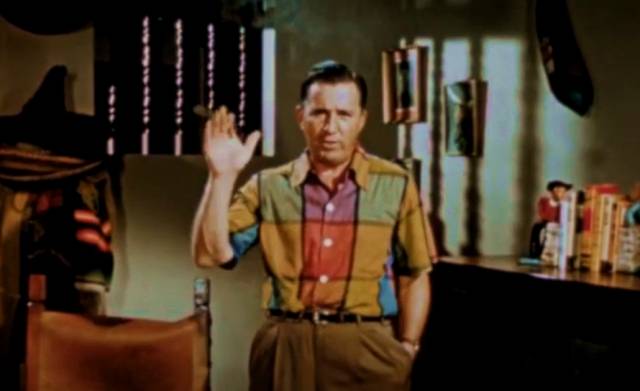 It has 32 chapters and the version I read was 239 pages. The first five chapters teach Elmer’s system. Chapters six to eight teach the other three Wheeler principles. The rest of the book, a little less than four-fifths of it, is an elaboration of the rules and principles of the Wheelerpoints.

There are a lot of examples to illustrate the system. Elmer shares formulas, the practical side to the Wheelerpoints’ theories, and gives examples to prove how they work. The last chapter is a summary of the system. I bet that Wheeler wanted to be taken seriously, and each one of his books to be considered one of the best sales books, because his system verges on the scientific.

At the beginning of Tested Sentences That Sell Elmer Wheeler shares his “Five Wheelerpoints” system.

He explains the logic of the Wheelerpoint and elaborates further on the logic behind all of the points together as a selling method. But this part is still the method in a nutshell form.

I think that putting the method at the beginning of the book, and making it a barebones axiomatic scheme was great. Because he uses a little over a fifth of the book to lay the foundation.

The more substantial portion are specific lessons that prove the five Wheelerpoints with great detail and examples. How this book is structured, I think it is a very simple and at the same time very powerful way of expressing a sales system. If you want to write a book that will be considered one of the best sales books of the present, you should at the very least read it to know a very simple yet powerful selling system structure.

The simplified first chapters that outline the system make this book great. When we read it we aren’t just following a system inordinately from start to finish. Elmer Wheeler gives us the system first, so we can have a solid foundation.

To have the minimum expression of the system’s components in five consecutive short chapters at the beginning is work that the writer did and we will not have to do.

I think a great way to study this book is first to read the first five chapters a handful of times, and then go by the rest of the book with a solid knowledge of the system’s skeleton.

Chapters six to nine are a section of the book called THREE OTHER WHEELER PRINCIPLES.

The Law of Averages

The A and B Rule

They touch on other important precepts that must be considered when selling. If I remember correctly they dissect the psychology of buyers and the tactics that a good salesperson can use to persuade them to buy. As I said, maybe this book has certain nodes of outdated sales tactics that prevent it from being considered one of the best sales books of the present, yet it has some pretty elemental tidbits of information that are timeless, like this one:

“The proof of the pudding is in the eating,
and if you want to step up your selling ability by 25%,
start qualifying your statements with proof,
by learning the many ways to “Say it with flowers.”

I loved this book because it’s an integral course on how to become a salesperson.

Before reading this book I had learned the basics of game theory. This book is heavy on the game theory department. Yet, it doesn’t name the discipline a single time.

The examples and teachings on what to do or don’t when dealing directly with customers and clients are applications of game theory to the process of selling.