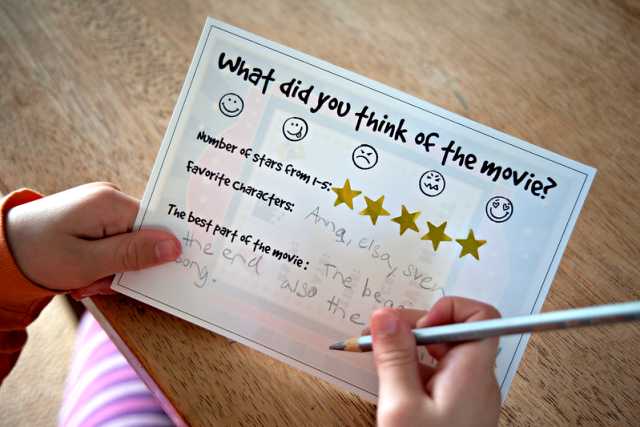 In this article, I will show you how to write movie reviews and will supplement the template with an example. Movie reviews are one of the easiest formatted types of content you can write. Because of that fact, I would recommend that If you are starting as a copywriter or content writer, and if you like to watch movies, then start sharpening your skills with movie reviews.

Movie reviews are short by nature, and the less-is-more rule applies to them beautifully. You should make your movie review from 700 to 1000 words, and if you think that those two words counts aren't enough for everything that you have in mind to include in the review, then write a bit more, but please, don't go over the 1300-1400 words mark. If you want to write about a movie, and you need more than 1400 words, then pick a different format, like a think piece or an essay.

Indications on How to Write Movie Reviews

Do yourself a favor, and if you want to write movie reviews then develop the habit of writing them as soon as you can after having watched the movie in question. It's incredible how sitting to write a review the day after you watched the movie boosts the creative process. If you write the review with the movie still fresh in your memory, you will finish it in no time.

On the other hand, wait two or more days after watching the movie to write the review, and your memory of the movie begins to decay and you're apt to need to reload the movie and rewatch parts that you already forgot.

Start with several paragraphs (tops 2) about the kind of movie you will be reviewing.
Who are the characters? Where does the story happen? When (year, period) does the story happen? How is the story told? What do you think is the premise of the story? By premise we understand, what's the ultimate primal truth that the story proves?
What did you think about how the actors played the parts of the characters in the movie?
How did the setting, costumes, and lighting influence your opinion of the movie?
What is the tone of the movie? What did you think of its pacing, it is correctly timed, or it bored you/made you fall asleep?
If the movie has visual and/or special effects, were they good?
Is the movie entertaining?
Is the movie's music appropriate for the subject matter and general style of the film?
Is the sound realistic?
What did you like about the movie?
What did you dislike about the movie?
Is the movie socially relevant? Why?
Not taking into account the premise that you thought at the beginning of the review, what was the moral or theme of the story for you?
To what type of movie watcher would you recommend this movie?
To what kind of person you wouldn't recommend it?

This scheme is pretty much an abridged template on how to write movie reviews, for more sections look at the list at the bottom of the article, after the example that follows. 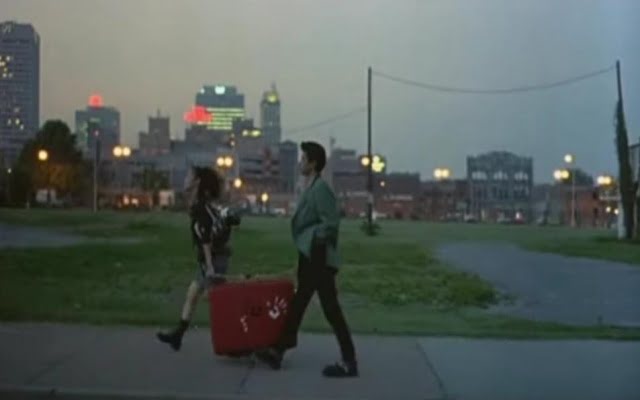 I went into Jim Jarmusch’s Mystery Train without expectations, my only feeling for this movie before watching it, other than the hope of seeing and learning things about Memphis, was the prejudiced notion that I would not like it as I liked his other movies, the ones I thought were more underground, and perfect examples of the no-wave film movement, like Permanent Vacation and Stranger Than Paradise.

Mystery Train is an anthology film transpiring in a down-and-out, hotel in Memphis, Tennessee, the Arcade Hotel. The hotel’s receptionist (Screamin’ Jay Hawkins) and bellboy (Cinqué Lee) simplistic storylines serve the purpose of the movie’s wrapper.

In this movie, the three main storylines interlock nicely and we get a more meaningful narrative by seeing how the three segments were related, by the time the final events unfold; in the third and last segment of the movie.

The first segment is about a couple of Japanese tourists, Mitsuko (Yûki Kudô) and Jun (Masatoshi Nagase). They go to Memphis to visit the most famous rock and roll landmarks, like Graceland, the Sun Records studio, and the Arcade Diner, where Elvis used to take his nourishment.

The second is about an Italian woman, Luisa (Nicoletta Braschi), dispatching her husband’s remains from Memphis to Italy, who has to pass the time until her plane’s departure time comes. She then meets with Dee Dee, (Elizabeth Bracco) and they book a room in the hotel together.

The third segment is about a British immigrant, Johnny (Joe Strummer), who’s fired from his job, and his mind breaks. He ends up pushing his two friends into an emotional roller-coaster, first with a frustrated joyride and then with something way more serious.

At first, I thought that the first segment’s couple was a brother and sister thing, but they were actually a couple of kids in their late teenage years. It was strange, to see a couple of middle or middle-high class kids traveling so far from their home, but I saw it as a good depiction of rocker culture, even if coming from characters of that kind of pampered socioeconomic background.

Some people may root for the Japanese girl and think that her boyfriend acted in a way that was too stoical, but that would be only out of ignorance of rocker/rockabilly/greaser culture, not knowing that the character’s way of being is a common attitude of the aforementioned youth culture tribes.

The second segment is where it hit me, this wasn’t a movie that was only about the characters, their transient take on Memphis, and a few Tennessee tourist spots. It is pretty much a movie about Tennessee too. In this segment, we are treated to some atmospheric shots of Memphis that we might have overlooked in the first.

There is a phone call scene in this segment that, I thought, was overacted. Yet, for others, it may come as a comic relief moment. In this part of the movie, I noted that the Dee Dee character was a blabbermouth, and I felt vindicated when the characters in the last segment talk about her and confirm it.

The third story was a surprise for me, to see Joe Strummer in the skin of the Johnny, AKA Elvis, character. It’s the most emotionally charged plot of the three and the part of the movie in which there are more action scenes. As I said, his character was fired, and he’s drowning his sorrows in a bar when he flips out and takes out a gun. Then his workmate, Will Robinson (Rick Aviles), calls his brother-in-law Charlie (Steve Buscemi), to pick them up.

Things get worse from there, much worse.

Behind the simplicity of the stories and lack of plot, there lies a meta-narrative of which the hotel is the focal point, and the way in which the three stories and the wrapper were put together were something new. I personally think Quentin Tarantino must have drawn inspiration from this movie for Pulp Fiction because the manner in which the four stories are told is similar.

I was already thinking that from the scene in which we’re introduced to Buscemi’s character, Charlie the Barber, as he cuts the hair of a customer. In that scene the lines of dialog sounded suspiciously familiar:

“You know what? I saw it on television, that the Chinese who are in China they all wanted to eat macaroni with cheese, don’t you think is kinda odd with all the Chinese food they got?”

I think there isn’t anything I don’t like about this movie. Maybe some scenes of the second story, but as I said, the atmospheric scenes of that segment make up for any of its shortcomings. I wanted to relax with a generally plot-less movie like the ones by Jarmusch that came before Mystery Train, and even though the cast has many known, and we could say mainstream, faces (and even the voice of Tom Waits as a radio DJ) I think that with this movie, Jim stood true to his no-wave origins.

Compare the simplified format given at the beginning of this article with this one. You will notice that this other format includes a few more sections. You can also use this format.

Hopefully, this article gave you an idea of how to write movie reviews. If you have any other recommendation please let us know in the comments.